The Vancouver tea business is heating up as local wholesaler Tealeaves makes a push for a retail presence and Singaporean luxury powerhouse TWG Tea enters the North American market with an Alberni Street store.

Lana Sutherland’s Tealeaves is a tiny off-Broadway tea-shop-turned-luxury-tea wholesaler to the hospitality and gourmet markets. Clients now include Ritz-Carlton (New York), Mandarin Oriental (Geneva), Bellagio (Las Vegas), Rosewood (Beijing) and The Connaught (London). The 23-year-old company’s annual sales, with just 45 employees, are more than $8 million. Tealeaves is seeking to expand into the consumer space by wholesaling to retailers.

Eight-year-old TWG Tea took advantage of its Singaporean headquarters to trade with Asian tea plantations and has rapidly grown to 56 corporate and franchised boutiques and salons in 17 cities including London, Shanghai and Dubai. Tom and Karinna James, who previously owned Vancouver’s Urban Tea Merchants, have bought TWG Tea franchise and distribution rights for Canada. Vancouver is ideal for TWG’s North American entrance because of its tea culture, large Asian population and local appreciation for niche and artisanal beverages, according to a TWG news release. “Our Asian population are very sophisticated tea drinkers,” Tom James said. A strong luxury goods market and the introduction of mass-market tea concepts such as Davids Tea and Teavana have contributed to the promising opportunity, he said.

Tea sales in Canada reached $1.3 billion in 2015 and consumption is projected to grow 40 per cent by 2020, TWG said. Globally, tea is the No. 1 drink next to water, James said. North America is the world’s largest luxury products market at $113 billion in retail goods sold in 2015, according to U.S.-based management consulting firm Bain & Company.

Tealeaves began with a loosely connected group of seven friends and acquaintances who opened the tea shop in Vancouver’s medical district as a part-time venture. They focused on high end product from the start. “There are extremely few people who are makers. A lot of people are re-packers of tea,” CEO Sutherland said. Casual connections led Ruy Paes-Braga, then general manager of Vancouver’s Four Seasons Hotel, to drop by the struggling young store where he recognized the product quality. Paes-Braga — once referred to by local broadcaster and columnist Jurgen Gothe as a “continental charmer” and the “greatest hotelier in town” — suggested they sell to high end hotels and restaurants, Sutherland said. “He planted this little seed in our brains.”

The Four Seasons Vancouver became Tealeaves’ first customer, but breaking into the New York market took 2½ years. “We were a little ahead of our time when we started,” Sutherland said. Most New York hotels were using lower grade tea bags, she said, but the city is very competitive, and when Tealeaves finally got their first contract, “within the next 10 months or so we had the top 10 hotels in New York.”

Serendipitous connections also led to a collaboration last year with New York’s Pantone Color Institute, of all things. Tealeaves got advice on specific colours for their new retail tea packaging and Pantone raised its profile in Tealeaves’ high-end hospitality and culinary market. Tealeaves took the opportunity to invite chefs to create recipes using their tea. The resulting cocktail, entrée or dessert had to be in the tea’s branded Pantone colour, and reflect the mood of the colour and the tea itself. The resulting video series led to recognition in design publications including PSFK, Frame magazine, Elle Decor and Design Taxi. Tealeaves’ partners seem to have a talent for developing chance connections into mentorship. “You’d be surprised how people want to help sometimes,” Sutherland said, repeatedly crediting “six degrees of separation” for Tealeaves’ most important connections.

Tealeaves uses third-party distribution centres in Seattle, London, Guadelajara, Singapore, Shanghai, Kuala Lumpur and Vancouver. Ninety five per cent of sales are outside Canada. Many original partners remain, but the retail tea shop closed. Tealeaves’ new consumer products are in response to retail inquiries, Sutherland said. “We’re adding to what we already have. It’s definitely a focus for the company in the next while.”

She’s proud that Tealeaves wraps its teas in three airtight layers to minimize evaporation of essential oils. “A foil layer and paper layer may not be as impervious as perceived. We never package anything in anything clear because just like your spices, the quality gets degraded by light. We cater to some of the fussiest people in the planet — people who compete at Bocuse d’Or, the culinary Olympics.”

The new TWG franchisees, Tom and Karinna James, are no strangers to tea. They opened luxury tea house Urban Tea Merchant in West Vancouver’s Park Royal in 2004 and moved to Alberni Street in 2009. The Alberni shop closed recently and will reopen as TWG in December with a boutique, salon and small wholesale component focusing on hotels and gourmet stores. “We wanted to be associated with a global brand,” James said. “We found ourselves to be a very good local store, but we weren’t seen as a global store.”

The James’ will carry 500 TWG teas which will retail for between $2,500 for 100 grams and $10 for 50 grams. Its French Earl Grey is created by infusing Sicilian bergamot into the tea seven times. “They’re not just putting essential oil or flavouring in,” James said. Tea will be served in18 carat gold plated teapots, said James, who plans to open several stores in Canada.

Keep an open mind. In the early days we were struggling with sales, so we were having a late-night meeting at our retail store. In walked Paul Louie of the London Drugs family who gave us great, but at the time, not welcomed advice. “You need to think about it from your customers point of view, not your own.” After our egos calmed down, that now seemingly obvious advice shifted our approach dramatically but if we hadn’t been open to it, we would have lost a great opportunity for learning.

Follow your gut. Advice from multiple sources can be confusing. Assuming that you have been reasonably successful to date, go with your gut, Sutherland said. 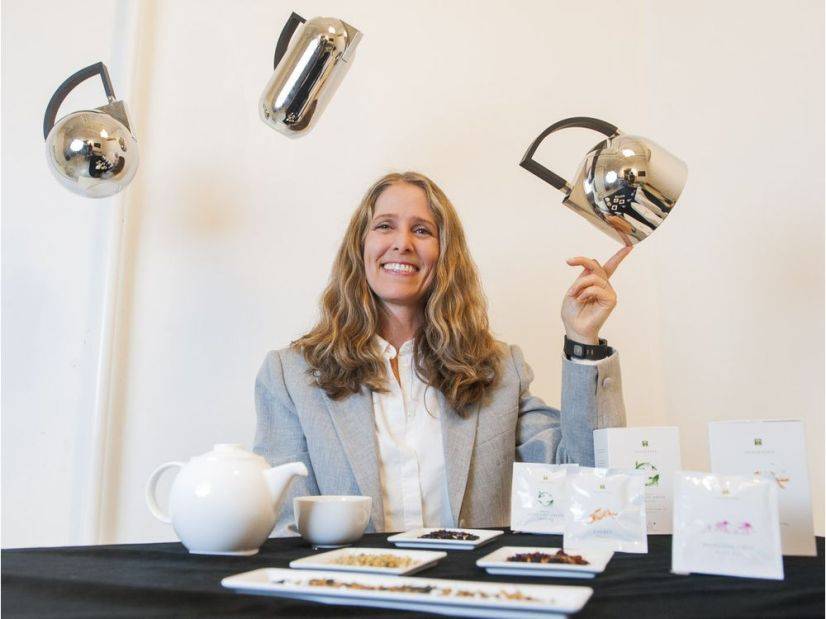 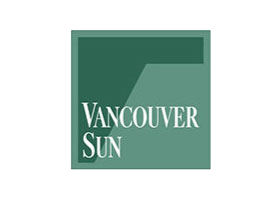 The Globe and Mail

A Palette for Your Palate: Expressions of Color & Taste with the Pantone Color Institute and Tealeaves