You know all about drinking tea, with or without a pinkie in the air. But what you may not know is that more and more people are cooking with tea.

“It’s no longer something that collects dust in the pantry,” said Megan Romano, executive pastry chef at Aureole at Mandalay Bay. “There’s a renewed interest in using tea as a food seasoning, as you would pepper or salt or lemon zest.”

Romano likes to use teas produced by Tealeaves (available at www.tealeaves.com), so much so that she’s among the chefs featured on its website, because the products are “very fragrant, very clean, very fresh,” she said.

But you can even use supermarket fare to experiment with cooking with tea. Cook’s Country, a publication of Cook’s Illustrated, recently featured a recipe for kalua pork, a Hawaiian dish traditionally wrapped in banana leaves and smoked in a pit, using the contents of green tea bags as a rub to mimic the flavour of the banana leaves.

Santin said he has been experimenting with tea in foods for a few years, “probably more so with our Tea Lounge and the emphasis we have on teas.” He, too, likes Tealeaves’ teas, and created a dessert based on their Mulling Spice blend.

“It’s a holiday blend – fruits, cranberry, apple, cinnamon, cloves; spices you would find in a mulled wine,” Santin said. “I took inspiration from that” for his Mozen Bistro Holiday Delight, the crowning touch of which is a cloud of mandarin-orange tea “air.”

“It hides the pistachio semi-freddo,” he said. “You don’t know what you’re getting until you get through the foam.”

Romano also likes to use the Eros tea that’s served as a beverage at Aureole.

“It’s blood orange and vanilla bean; you can really pick out the flavours,” she said, “which makes it fun as a chef. I’ve done that in many things – shortbread, poundcake, steeped in heavy cream for ganache filling for chocolate bonbons. I just crumble them up and put them in. You don’t even have to steep them in most cases.”

The resulting flavour is “subtle with a little bit of depth,” she said.

Romano said one thing she likes about using teas is that she can achieve a better flavour than she could using extracts or artificial flavours.

“It’s a cleaner, more subtle flavour,” she said. “You may not pull it out immediately, but given time to savour the dish, the flavours come out pretty well. It’s not like you go out of your way to create the dish around the tea. The tea just gives it more interest.”

Romano said while the use of tea in foods is becoming more popular, she has been doing it for years.

“We developed our chocolate program maybe eight or nine years ago, and really started at that point looking for nicer, more wholesome ways of adding flavour,” she said. “Chocolate is a pretty intense medium; to get flavour through that medium, a lot of times you resort to perfumy extracts. Teas became the alternative, so it kind of grew from that.”

Santin said he thinks such use of tea is even more healthful.

“In my chocolate fillings, instead of using cream as the base, I’m going to a different liquid,” he said. “You can add a different layer of flavour to the chocolate. I just find different nuances. I find it more interesting, more intriguing.”

And some restaurants are preparing beverages with tea – but not in the way you might expect.

“A lot of houses are starting to produce tea-infused vodka,” said Jeffery Metcalf, general manager of Sage at Aria. Some of them, he noted, tend to be a little heavy, so Sage employees make their own in-house with Death’s Door vodka and venerable Earl Grey tea to create the Tea Rose.

“It’s kind of similar to a fragrant version of an Arnold Palmer,” Metcalf said. “It’s been on our list from Day One, one of the cocktails that’s the heart of our cocktail program and definitely a guest favourite.” 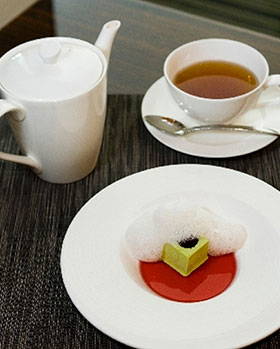 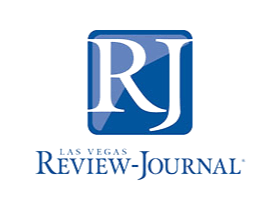