Lana Sutherland’s fledgling Vancouver tea shop was in its second year of business in the mid-1990s – and struggling – when Ruy Paes-Braga, then-general manager of the city’s Four Seasons Hotel, walked in.

He looked at the company’s offerings and asked whether they would consider focusing on wholesale.

“We said, ‘What’s that?’” recalls Ms. Sutherland, chief executive officer and a co-founder of Tealeaves, with a chuckle. “It hadn’t really occurred to us.”

The hotel signed on and Mr. Paes-Braga became a mentor to the fledgling tea brand. As it added new hotel clients around the world, including the Ritz-Carlton and the Mandarin Oriental, Tealeaves expanded its reach by building warehouses in Kuala Lumpur, London and Shanghai.

Today most of the company’s business is in the wholesale realm, though it kept its shop open for the next decade and a half until rising rent and hiring challenges resulted in its closure five years ago.

“We thought we’d shift more into the online market, and it also allowed us to more fully focus on our wholesale side of things,” Ms. Sutherland explains.

Today, the 45-employee tea blender boasts a sprawling list of clients and seven warehouses and has worked with celebrity chefs including Gordon Ramsay, Jean-Georges Vongerichten and Guy Savoy.

But Tealeaves – which posts between $8- and $12-million in revenue annually – has virtually no brand visibility outside the world of luxury hotels and celebrity chefs.

“[Recently] we’ve had a lot of customers coming up to us or to the hotels and saying, ‘How can I get Tealeaves?’” says Ms. Sutherland. “We decided the timing is probably about now for us to put some focus back into the retail market.”

While the company has no plans to revive the brick-and-mortar shop, it is planning to retail through gourmet grocers, gift shops and the Internet. Ms. Sutherland hopes to compete with established brands such as David’s, Mighty Leaf and Teavana.

“We’re hoping through our brand equity we’re going to be able to build some momentum,” says Ms. Sutherland. “But I think it’s a big challenge for us – how do we get people thinking about us in a slightly different way?”

The company has redesigned its packaging and partnered with luxury and creativity-focused brands. “We always go for the elevation of the tea experience,” Ms. Sutherland says. “But at the end of the day, tea, while being a luxury, is really such an approachable thing.”

The Challenge: How can Tealeaves leverage its success in the hospitality world to entice consumers in the retail sector?

THE EXPERTS WEIGH IN

David Soberman, professor of marketing and the Canadian National Chair in Strategic Marketing at the Rotman School of Management, University of Toronto:

They need to strike while the iron is hot. The best way to promote your product to consumers directly is when they’ve just used it. Is there a way the hotels could, for example, give a gift of tea to people when they check out, in addition to selling it in the gift shop?

They also need to remember their customer is their partner. Right now, they’re basically an industrial supplier and their customers are the hotels. So what can they do with their tea to help Four Seasons and their partners? They could co-brand or do a promotion on their site that clearly links to the hotel websites. And on the other side, everyone who checks into a hotel like the Ritz-Carlton or Four Seasons gives their e-mail address. They could use that information for targeted marketing, and chances are consumers will buy it because they seem to have good disposable income.

They can come at it from a high-level, emotional storytelling angle. Clearly they’ve distinguished themselves by being offered through a brand as prestigious as the Four Seasons, so is there a way to play on that prestige, that formal tea experience? I know when I go for high tea at Christmas, I’ll spend more because it’s a different experience. Is there a way to build the storytelling around that experience as opposed to the tea?

They could do it through naming their teas after different royal families or different eras in time, by re-creating the English tradition, the Chinese traditions, the Indian traditions and draw from the different hotels they’re selling in places around the world. There are lots of quality teas out there, but I don’t think anyone has really capitalized on the high-tea experience.

When we were trying to sell coffee beans in 1975, most coffee was sold in bulk and only to people who had coffee machines. We couldn’t figure out how to connect with the masses.

I only understood this much, much later, but when we shifted to coffee by the cup, it changed the way people thought about coffee. It was no longer a beverage as it was a treat. Today we see this everywhere – people spending $4 or $5 on a coffee. We changed our focus, found a new market; we went from people buying coffee beans in bulk to people who just wanted a cup of coffee.

Maybe that’s what Tealeaves has to do. They need to switch markets, they have to go to the non-tea people because it’s not saturated by everybody else trying to sell them tea. Convert me from a coffee drinker to a tea drinker and now you’ve got a huge market. If they can figure out how to do that, they’ve got a gold mine.

THREE THINGS THE COMPANY COULD DO NOW 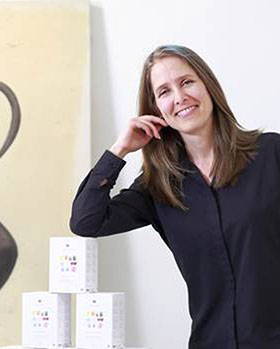 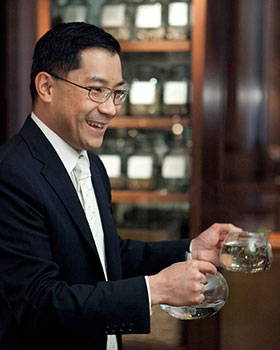 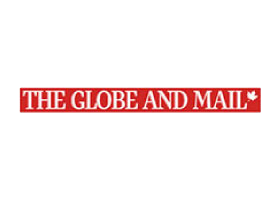 What Does This Vancouver Tea Purveyor Have in Common with a Paint Company?

Tea: A Hot, and Competitive Business, in Vancouver