What do you get when a group of top mixologists, the Pantone Color Institute, and the creators of a new tea-based drink called Tealeaves join forces to help us imbibe? A series of cocktails that are as stunning as they are tasty, and an equally tongue-twisting hashtag, #PaletteForYourPalate.

Participating mixologists were tasked with incorporating one of the teas from Tealeaves’s redesigned Whole Leaf Pyramid Teabag line into a cocktail. Each beverage also aligns directly with a Pantone shade, and was created with a specific mood in mind.

Take a look at a few of the concoctions below, and check out the #PaletteForYourPalate website for more beverages, as well as food inspired by Pantone and Tealeaves as well.

Created by mixologist Grant Sceney from Fairmont Pacific Rim, the Benzaiten was inspired by an enlightened mood, and Pantone 394C, a lush green hue. Sceney crafted a Organic Long Life Green Tea-infused gin, which he combined with a rosemary cucumber syrup to stunning effect.

THE BOLD AND THE BLUE-TEAFUL

The Bold and the Blue-teaful has more to offer than just its masterfully punny name. The beverage, crafted by the Four Seasons Toronto mixologist Shannon Marshall, was inspired by a bold mood, and features a deep blue hue that’s a perfect match for Pantone 285C. Miranda crafted a delectable infused syrup featuring Tealeaves’s Organic English Breakfast Tea, blueberries and agave, which he then combined with gin, amaretto, triple sec and champagne.

Mixologist Robert Rouleau of the Beverly Hills Hotel, brought an exotic mood to his Pink Monsoon cocktail by pairing Tealeaves Monsoon Chai with rum and a strawberry/coconut puree. The resulting Barbie pink tone is a perfect match for Pantone 205C.

The Second Spring cocktail, crafted by mixologist Todd Zimmerman, from the Four Seasons Vancouver, evokes a refreshed mood, thanks to the addition of cool Tealeaves’s Organic Peppermint tea and gin. The drink’s icy blue hue was inspired by Pantone 290C.

Mixologist Herbert Yuen, of Andaz West Hollywood, created the Dreams of Sunset cocktail, which evokes an imaginative mood thanks to the Tealeaves’s Organic Vanilla Rooibos-infused simple syrup he created. The rum-based cocktail calls to mind Pantone 714C as well, thanks to the inclusion of tangerine slices. 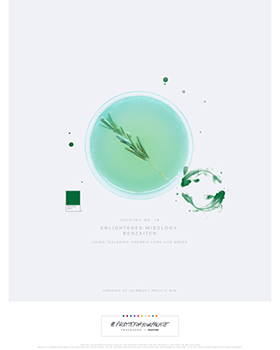 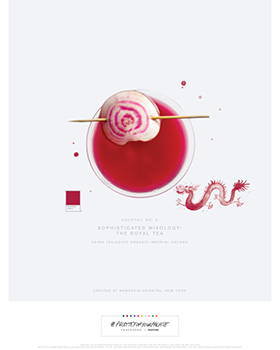 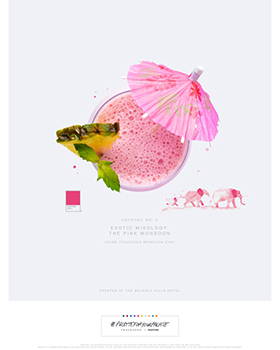 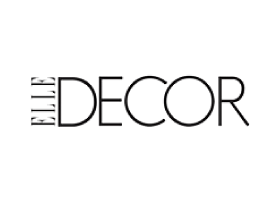 9 Hotel Amenities That Will Put You in the Olympic Spirit