The tradition of afternoon tea thrives at the St. Regis, New York.

“A ‘tea,’ even though it be formal, is nevertheless friendly and inviting,” wrote Emily Post. She said the invitation, “Do come in for a cup of tea” is “Society’s favourite form of invitation.”

That atmosphere of hospitality is available each afternoon at The St. Regis New York, where the linen-clad tables in Astor Court are filled with teas, savoury sandwiches, sweet treats and the perfect atmosphere in which to unwind during a visit to New York for business or pleasure.

Typically, afternoon tea involves tea service and a light meal served from 3 to 5 p.m. Traditional tea is brewed in a teapot and poured through a strainer into the tea cup – a considerable departure in look and flavour from the common vision of a paper cup with a tea bag hanging over the side.

Tea is the most widely consumed beverage in the world. Leaves are grown and cultivated and then cured, with different blends created. In recent years, there has been heightened awareness about the health benefits of drinking tea.

“People in New York and big cities all over the world are very health conscious at this time, so they are interested in herbal teas,” says Salim El Khayati, outlet manager at The St. Regis New York. Iced tea is, of course, available in the summer months, but El Khayati notes that most people tend to go with hot tea year round.

Tea selections are provided by an outside company. The teas come from China, Japan and India, and there are 26 different kinds of teas on the menu. These include black teas, green teas, oolong teas, white teas and herbal infusions and fruit tisane.

Herbal infusion means things such as spices, dried fruits or herbs are added to the blend. Flavoured teas are prepared by adding other blends to the tea leaves. An example is Earl Grey, which many people drink, but few know what it actually is. Earl Grey is an herbal infusion of black tea with bergamot.

Among the black teas is the St. Regis Blend, exclusive to the hotel, which combines Keemun and Ceylon teas perfumed with blackcurrant and the essence of bergamot. There is also the Mad Hatter’s Tea, a velvety combination of passion fruit, pomegranate and vanilla. Lemon, milk, sugar and sweetener are, of course, served, but use is optional.

Some guests are extremely familiar with how traditional tea is prepared. For others, it may be a first, as they look at the strainers and base bowls with curiosity. They always come away with an appreciation for the procedure and the outcome in terms of taste quality.

“Even at the entrance of the hotel, there is an energy,” says El Khayati. “You feel the history even before entering. The way our doormen are dressed, the old doors, the lobby hasn’t changed.” It’s no wonder the hotel has an incredibly high return rate for guests.

Breakfast, lunch, afternoon tea, weekend brunch and dinner are all served at Astor Court, an area created in the 1991 remodeling of the hotel. Beautiful paintings on the wall, pillars rising to the ceiling and exquisite gold detailing are standard décor. Four chandeliers were created from one large chandelier and placed at spots around the room.

The environment for afternoon tea is designed to help guests escape from stress – in a refreshing twist, the use of cell phones is strictly prohibited.

“It’s very relaxing,” El Khayati explains. “Our guests want to get out of the busy city to a very luxurious atmosphere where the harpist will be playing. We don’t want any phones ringing and bothering the next table. It’s a matter of respect.”

The popularity of afternoon tea at The St. Regis New York has grown steadily over the years, including both guests and non-guests alike. “We also receive some guests coming from the hotels in the area that hear about our traditional and classical way of serving tea,” El Khayati says. Often people visiting New York feel compelled to try experiences outside of their hotel; however, if they pass on this extraordinary presentation of afternoon tea, they are unquestionably missing out.

“Those kinds of things we will never change,” El Khayati says. “We are going to keep the authenticity. This St. Regis is the first in the world.”

The china and silverware at Astor Court were designed during the 1991 renovation, and have kept the original insignia. Tiffany designs all the china, based upon the original china used at the hotel’s opening. The teapots and strainers are designed by HEPP, a German company founded in 1863. Designers from both companies spent time at The St. Regis New York before creating their designs, in order to accurately reflect the hotel, its history and ambiance.

Part of the history is the staff, many of whom have been at The St. Regis New York for 15 or 20 years, or even longer. Servers in Astor Court are familiar with the tastes of their longtime customers and there is almost unspoken communication. A waiter will know exactly what a guest wants or if that guest has adventurous tastes and appreciates suggestions. The servers are also a line of communication to management as to the tastes of the guests and what they might like to see more of on the menu. “They have the trust from our clientele,” El Khayati notes.

The menu for afternoon tea is based on tradition, but the chef does make refreshing changes annually. Events such as Valentines Day are noted with special additions, such as heart-shaped petits fours and other pink and red items.

A typical afternoon tea begins with a savoury selection of tea sandwiches. These include smoked salmon on pumpernickel bread; cucumber napoleon, mint cream cheese on olive bread; smoked duck with orange, radish and cilantro; king crabmeat with lemon and grain mustard; and traditional egg salad on brioche. For those craving a more extravagant indulgence, there is caviar and tea for two.

The savoury selection is followed by a sweet presentation, including scones based on a classic St. Regis recipe. The scones are served with English double Devonshire cream and a selection of seasonal jams. There are also assorted petits fours and an almond blueberry cake.

“The recipe for scones has been here for decades,” El Khayati explains. “The chef adjusts just the temperature and baking time. He says that makes the whole difference in the softness.”

During the summer months, refreshing champagne cocktails are added to the menu. Although the afternoon tea menu is set, there is always room to satisfy the individual needs of a guest – whether it’s removing a meat or fish item from the tea sandwiches or bringing in something not on the menu, such as a salad. “We never say no,” El Khayati explains.

Throughout the year, afternoon tea serves as the setting for special occasions such as bridal showers and baby showers. The elegant, serene atmosphere even leads to romance, and Astor Court has been the scene for many marriage proposals. For those planning a special event, St. Regis staff members are happy to coordinate with the in-house florist and collaborate with guests for special requests. Sometimes the occasion is simply sharing the tradition of afternoon tea with a child or grandchild. “I’ve heard them say, ‘This is my granddaughter’s first afternoon tea,’ ” says Steve Bellon, one of the food and beverage managers. “It’s so important to them.” 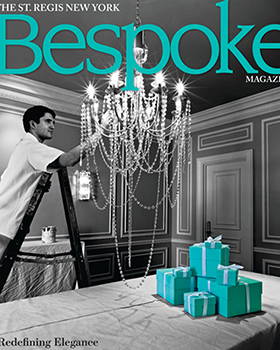 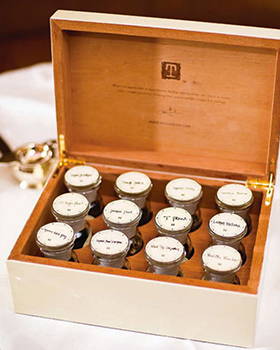 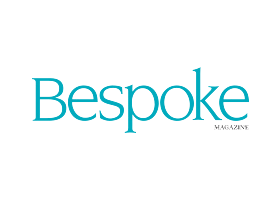