Shaun Hergatt is the executive chef and partner of Juni, a boutique restaurant which celebrates the height of the season. An intimate affair between the guest and Chef Hergatt, the 50-seat restaurant offers an evolving menu that showcases the bounty of the seasons and ingredients when they are at their freshest and finest. Each element of the unique dining experience is Chef Shaun’s creation, from the restaurant design and tablescape to the composition and presentation of his distinctive dishes.

Growing up in a culinary-oriented family in Cairns, Australia, Chef Hergatt was enamored with cooking from a young age. He was exposed to a unique combination of impassioned and professional cooking by way of his Scandinavian grandmother and his father, a professional chef.

"Life without TEALEAVES is not worth living!"

At 17, the ever-ambitious Hergatt, who has always felt that cooking was “in his blood,” pursued a four-year apprenticeship at Crystal Twig, a fine dining restaurant in Cairns where he was trained in classic French cooking. He then moved to Sydney to experience that city’s dining culture and was intrigued by the wealth of international ingredients, including exotic seafood, zesty citruses and fragrant spices. In 1997, at the age of 23, he became chef de cuisine of The Dining Room at The Ritz-Carlton, Sydney, where he quickly earned international accolades including an AHA “Best Young Chef” award in 2000, while the restaurant was named “Top 5 Up and Coming Restaurants in the World” by Condé Nast Traveler and received a Gold Medal from the prestigious International Salon Culinaire.

In 2000, Chef Hergatt moved to the United States and joined Atelier at The Ritz-Carlton, Central Park in New York City as chef de cuisine. The restaurant received a James Beard nomination for “Best New Restaurant” and The New York Times awarded it three stars. Five years later, he moved south to become the executive chef at The Setai in Miami, which garnered a three-star review from The Miami Herald, and a “Best New Restaurant” award from Esquire. The restaurant also placed second in the world on Conde Nast Traveler’s “Gold List” in 2008 and 2009.

In 2009, Chef Hergatt returned to New York to open his eponymous restaurant, SHO Shaun Hergatt in the Financial District. Channeling his passion for hospitality and his prestigious background, Chef Hergatt’s talent brought unparalleled acclaim to the neighborhood’s culinary landscape and he was recognized as “Best New Chef” by New York magazine. The restaurant received 2 Michelin stars, a 29 out of 30 Zagat rating across the board and “Best New Restaurant” accolades from Esquire and New York magazine.

Welcome to #PaletteForYourPalate, An Exhibition of Tea + Color + Mood. Over the next two months we will be releasing 20+ culinary and mixology films inspired by the Pantone Color Institute and our new Whole Lead Pyramid Teabags. Here's a teaser to get you started, and we hope you enjoy this tour of taste and color.

Color In Sight: A Documentary on the Details of Color in Design

“There are many products that are well designed, but don't get the traction they deserve because the color's not right." In an increasingly digitally connected world, research has shown that the average human attention span has fallen to eight seconds- one second less than that of the goldfish. With such a competitive landscape, only the best brands can convey their message and connect with people almost instantaneously. Color In Sight brings together 11 experts of industry, gathered around one powerful, little detail: color. We explore how top brands—ranging from Nike and Pantone to OPI and Herman Miller—think about and use color in the most effective and compelling way. By hearing their own experiences, the goal is to bring about an appreciation for the detail of color selection and how it can have a large impact on the perception of products and services enjoyed by many. 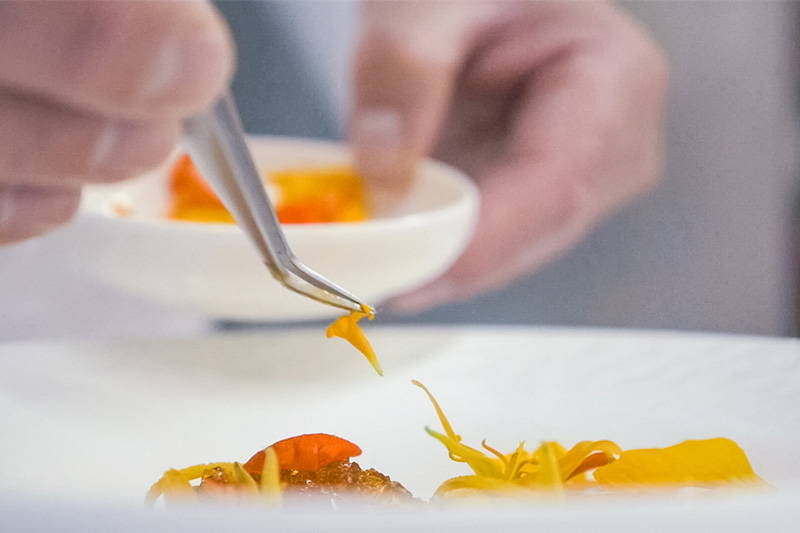